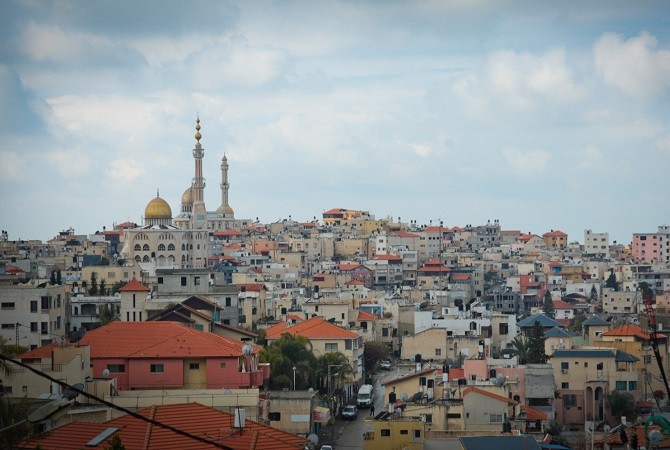 For the first time in Israeli history, parties made up exclusively of women will compete in the local elections in several Arab towns.

Israelis head to the polls on October 30 to vote for their local government representatives and leaders, as they do every five years. But in both Ussefiyah, a Druze village on Mount Carmel, and Kafr Qara, a town in the Wadi Ara region, two brand new, all-women parties will feature on the ballot.

Arab women are disproportionately underrepresented in local government and have never previously run on their own slate.

The New Ussefiyah party will be competing for seats on the local council, but in Kafr Qara, the head of the new, all-women’s Future party will also be running for mayor.

Victoria Zahalka-Medlij, a 55-year-old English teacher, is the only Arab woman running for mayor in the upcoming elections. She is one of eight candidates competing in Kafr Qara and, if she wins, would make history as the first Arab woman ever to be elected mayor in Israel. In the 1970s, another Arab woman served as mayor, but she was not elected to the position – rather, she was appointed as part of a rotation agreement.

Two other women had planned to run for mayor in Kafr Qara, but both dropped out recently. Only one Arab woman, Haneen Zoabi, has ever run for the top municipal job before, in the last local elections of 2013. But the Arab Joint List lawmaker ultimately failed in her bid to become mayor of Nazareth.

A third all-women’s list, Fortress Women, had planned to run independently in Shfaram – a large Arab city in northern Israel – but recently merged with another established party, most of whose members are men.

According to data compiled by Association of Women Against Violence Director Naila Awwad, which has been urging Arab women to run in local elections, a record number of women will also be heading their party slates in the upcoming ballot (the higher you are in the slate, the greater your chance of being elected). Six Arab towns, she said, have women who are running at the top of their party slate. This compares with only one in the last local election.

Three of these women are in the top spot of the Communist Party slate in their respective town, while three head independent slates. The six towns are Majd al-Krum, Maghar, I’billin, Mashhad, Kafr Qasem and Arabeh.

In 2013, a woman headed the Communist party slate in Sakhnin, northern Israel, and was ultimately elected to the municipal council.

“What’s important is not the number of women running so much as the growing influence of Arab women on local politics and their impact on the public discourse,” said Awwad, who heads a coalition of about a dozen feminist and human rights groups active in Arab-Israeli society.

“It’s time that our impact was felt not only on issues pertaining to women but on all issues,” she added.

On October 18, the Interior Ministry will publish the complete and final list of all candidates and parties running in the municipal elections. Only then will it be possible to determine whether the number of Arab women running is higher than in the 2013 election.

Ola Najami, director of leadership development initiatives at the Abraham Fund – an organization dedicated to building a shared society for Jews and Arabs in Israel – is optimistic. In 2013, she noted, 125 Arab women featured among the top five spots on their party slates. “My sense is that we’re going to see a higher number this time around,” Najami said.

Wave of Arab Women Running in Local Elections in Israel