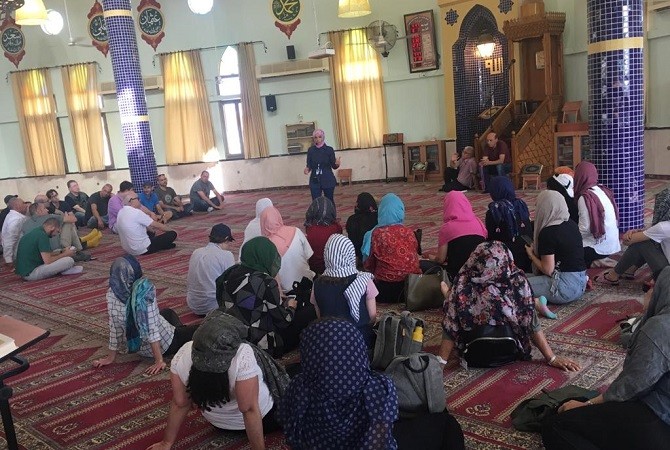 Jewish and Arab citizens of Israel rarely interact, even though Arabs make up roughly one fifth of the population. Aside from six mixed cities where over 10% of registered residents are Arab, Jews and Arabs live largely in separate areas throughout the country. Moreover, even within mixed cities, Jewish and Arab residents tend to live in separate neighborhoods and send their children to separate schools.

Given such minimal contact, the Israeli media is one of the main ways Jews and Arabs learn about one another. As historian Carlos Cortés, author of The Children Are Watching: How the Media Teach About Diversity, wrote in a 1987 article, “…both the news and the entertainment media ‘teach’ the public about minorities, other ethnic groups and societal groups.” He continued, “…this mass media curriculum has a particularly powerful educational impact on people who have little or no direct contact with members of the groups being treated.”

The depiction of Arab society in Israeli mainstream media, however, is often unfavorable, skewed, or simply nonexistent. Not only are Arabs significantly underrepresented in major media outlets, but also much of the coverage highlights negative aspects of Arab society like crime and poverty, or the Israeli-Palestinian conflict.

According to the Representation Index, a weekly publication of statistics on Arab representation in the media developed by Sikkuy and The Seventh Eye, the average proportion of Arabs interviewed across leading news and current affairs programs is only 4.7%. With the exception of 2018, which saw many social and political movements around issues such as domestic violence in Arab society that were widely featured in the media, a significant amount of coverage of Arabs has focused on national security issues over the years.

Fortunately, there has been an increase in the inclusion of Arab citizens and diversity of issues covered in the media since the Representation Index started in 2016; nevertheless, much progress is still needed. The shared society NGO where I currently intern, the Abraham Initiatives (TAI), addresses this problem through its “Media as a Shared Space” initiative. The initiative comprises several programs aimed at breaking down stereotypes by providing journalists with more content to report on and increasing their general awareness of Arab society.

For instance, TAI offers Arabic language and culture courses for Hebrew-speaking journalists, as well as editors and anchors, from top media outlets such as Haaretz, Kan (the Israeli Public Broadcasting Corporation), and Ynet. In fact, Ynet added an Arabic component to its news section after taking one of these courses. In addition, TAI offers tours of Arab towns and cities for Israeli journalists – just last week, I accompanied a group from Kan in Kafr Qara and Umm El Fahem where we met with local residents and learned about Ramadan traditions.

In a broader integration effort, TAI also runs campaigns aimed at increasing the number of Arab professionals discussing issues that are unrelated to Arab society in the media. Finally, the organization summarizes and translates media items from Arabic outlets into Hebrew, which it then sends to Knesset members as monthly briefings.

I believe that one of the most problematic ramifications of the separation between Jews and Arabs in Israel is the harboring of prejudice against “the other,” and relatedly, stereotyping. While stereotypes certainly go both ways, those held by Jews of Arabs are often reinforced by the minority group’s portrayal in Israeli mainstream media. Remedying this should be a priority of Israeli media decision-makers in order to help reduce stereotyping, encourage empathy, and ultimately pave the path for a more equal and shared society in Israel.

Media as a Shared Space
Read