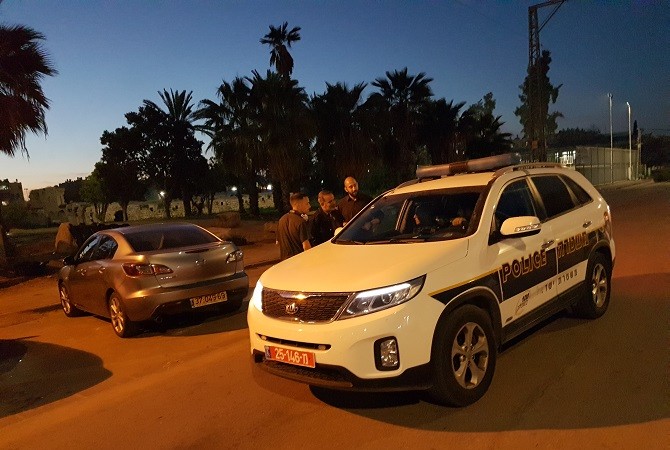 As a volunteer English teacher at an Arab high school in Lod, Israel, I meet with the school principal every few weeks to discuss student progress and any problems that I run into with my classes. I always look forward to these meetings because I am truly inspired by this woman. Having helped boost student performance in her last school, she came to lead a similarly tough school with many students from financially challenged homes who face a host of difficult social and political realities as Arab citizens in a mixed Arab-Jewish city. Despite the challenges inherent in her job, which she only just started this year, she radiates nothing but positive energy and resolute determination to help the students.

I was therefore very surprised—and frankly concerned—to find her in such low spirits when I entered her office for our meeting last Monday. As soon as I sat down, she asked me if I had heard about the Arab couple who was shot dead in their car with their 6-year-old son in the backseat the night before. I hadn’t heard. She then proceeded to tell me that one of the students in our school was a relative of the victims. The incident was believed to be criminally motivated, as was the shooting of two other men that same evening in Lod, one of whom was killed. Seeing how this news impacted the principal, as well as the teachers and students, over the next few days was heartbreaking; their dejection was palpable.

Unfortunately, these shootings reflect a broader trend of rampant crime and violence in Arab communities across Israel. According to a report by the Knesset Research and Information Center covering the period from 2014 through 2017, Arab citizens comprised 64% of murder victims and 57% of murder suspects. Moreover, between 64% and 84% of cases related to possession of illegal firearms were of Arab citizens. Relatedly, Arabs in Israel feel a significantly low sense of personal security. The Abraham Initiatives (TAI), a non-profit organization committed to advancing a shared and equal Israeli society for Arab and Jewish citizens, conducted a national survey last year and found that 54% of Arabs believe there is a problem of violence in their town compared to 14% of Jews; 49% of Arabs agree that weapons and shootings are widespread in their town compared to 7% of Jews; and 32% of Arabs consider their town “unsafe” compared to 13% of Jews.

The reasons behind such high levels of violence in Israel’s Arab communities are complex and multifaceted. First, there is a lack of trust between the Israeli police and the Arab communities they serve. This precarious relationship is rooted in the fact that while Arab citizens are to expect efficient police services as members of Israeli society, some of them are also perceived as a threat to security. As such, there is an issue of both too little policing (e.g., insufficient resources allocated/inadequate attention paid to combating crime), and too much policing (e.g., excessive violence against citizens). Moreover, there has long been a well-established link between poverty and violence, and Israel’s Arab society suffers from high poverty rates with widespread unemployment, low paying jobs, weak education systems, and limited access to government services. Finally, according to TAI, Arab society is transitioning from one rooted in religion, rurality, and collectivism to one characterized by modernization, urbanization, and individualism, which has led to violence against those who are challenging more traditional norms.

While not an exhaustive list, these contributing factors to the violence that plagues Israel’s Arab population point to several steps that should be taken at the policy level. Indeed, TAI recently sent a letter to Prime Minister Benjamin Netanyahu with specific recommendations for systematically addressing this issue. Among their suggestions for the police were taking a pro-community policing approach grounded in fairness and respect, directing more attention to illegal firearms, avoiding unnecessary confrontation with Arab citizens, and training commanders and officers on the difficulties of “policing in a divided society.” The letter also outlined suggestions for various government ministries. For instance, it called on the Ministry of Public Security to encourage greater allocation of resources in Arab communities, the Ministry of Justice to penalize weapons offenses more strictly and create community arbitration centers in Arab communities, and the Ministry of Education to develop curricula on violence and related topics.

Over the last few months as an intern at TAI, I’ve had the opportunity to learn about the organization’s “Safe Communities” initiative, which aims to equip local communities with the tools they need to combat crime and violence, ensure trust-building measures between police and Arab citizens, and generate research to inform policy. Since its launch in 2017, Safe Communities has achieved many successes, from running social media campaigns against gun violence to organizing capacity building workshops for Arab leaders and government service providers. I’ve found that being exposed to this kind of work in a mixed Arab-Jewish organization, in addition to teaching in an Arab school in Lod, has humanized the issue of gun violence. It has also highlighted the need to act with greater urgency. I hope the Israeli government also sees this and recognizes that the time to realize Arab citizens’ right to security is now.