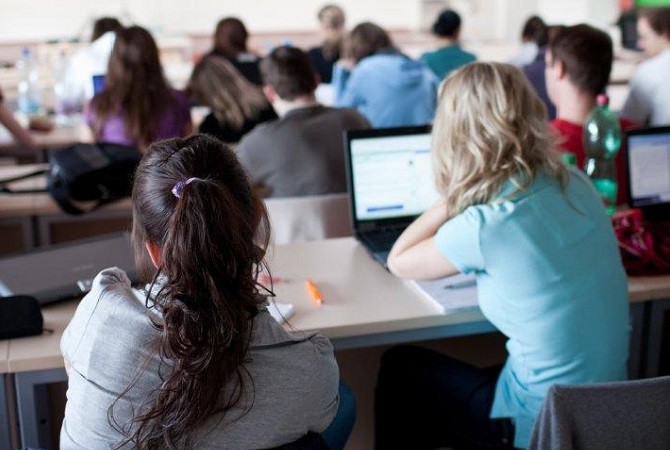 When Hadas Zamir returned to Israel in 2013 after many years living abroad, the first thing she did was looking for a beginner’s Arabic-language class. With the idea in mind of starting work in the field of non-formal education, she believed studying Arabic could help boost her career.

“Everybody should study Arabic here, it’s the language of the Middle East and, as citizens of this region, it’s our duty to do so, otherwise it will create further separation,” Zamir told i24NEWS.

Now two years into the learning process, you can spot her on a typical Wednesday summer night practicing her intermediate colloquial Arabic conversation skills at “This is Not an Ulpan”, an informal language school located in the heart of Tel Aviv. Together with around six other students, Zamir is part of a growing number of Israelis who recognize the importance of learning Arabic in Israel.

On July 19, Israel’s controversial Jewish Nation-State Law stripped Arabic of its official language status downgrading it to one with “special status”, while at the same stating that the change in title “does not harm the status given to the Arabic language before this law came into effect.” The move sparked concern nonetheless, and even President Reuven Rivlin reportedly vowed to sign the law in Arabic in an act of protest against the demotion of the language’s status.

In protest of the downgraded status, local NGOs and private citizens organized and took part in what has been dubbed the largest Arabic language class in the world in Tel Aviv’s Habima Square last July.

Amnon Be’eri Sulitzeanu, co-director of The Abraham Fund, which helped organize the event, explains that the status of Arabic language post-Nation State law is a reflection of the current political situation.

“Among all the bill’s implications, the downgrading of Arabic is more than symbolic because it paved the way to openly treat Arabs even worse than before,” he claims.

Proponents of the nation-state law argue that it enshrines Jewish and democratic values equally, while critics say it discriminates against minority groups in Israel.

“Arabic was already treated as a second-class language, so the bill confirmed what we already knew. But at least it managed to keep its official status, until now. This move will be a threat for the future of peace and it’s only one alarming implication of social stratification,” Sulitzeanu told i24NEWS.

“It’s an attempt at officially marginalizing the native minority of Israel and don’t consider them integral part of policy and decision-making” he says.

The public Arabic class in Tel Aviv was not the first of its kind The Abraham Fund helped organize.

“For the past 15 years we’ve tried to promote Arabic language learning in Israel, which we consider the most important symbol of Arab citizens of this country,” Sulitzeanu explains.

The Abraham Fund’s initiative “Language as a Cultural Bridge” works to mandate the teaching of Arabic language and culture for all Jewish students in Israel’s public schools, as well as enriching Hebrew language and culture courses in Arab schools. Already reaching more than 25,000 elementary school children across the country, the program is helping both Jewish and Arab youth learn and respect each other’s language and culture.

Zamir, a Jewish-Israeli, remembers that at one of her first job interviews upon her return to Israel the employer found bizarre that she would list on her resume Arabic as one of her known languages.

“Nothing related to Arabic is considered culture here, so it’s almost a political act to learn it,” she tells i24NEWS. Zamir contends that the nation-state law’s downgrading of the language harms not only Israeli-Arabs, but also Mizrahi Jews from Arabic-speaking countries, some of whom have continued using of Arabic at home and still use it to interact with family members, especially those from older generations.

According to Zamir, the law will also highlight the Ashkenazi-Mizrahi divide in Israel which she believes being part of the segregation debate, considering episodes of racism towards members of the Mizrahi community she says she has witnessed in her life.

Yoram Sorek, is a chemistry instructor at Kay College in Yehuda. He started learning Arabic almost 3 years ago because he has many Arab friends he likes to spend time with and recently realized how bizarre he felt knowing they can all speak Hebrew but he cannot understand their language.

“As a teacher in a school where almost more than half of my students are Israeli- Arabs, I also wanted to learn it for a practical and emotional sense, so I could relate more to them,” he told i24NEWS says.

Commenting on the nation-state bill, Sorek said “it’s an outrageous law that is not suited for modern times. It attacks a generations-old cultural and family heritage and it also discriminates against those Jews who want to learn it and respect it without being judged by the majority.”

Strong condemnations of the bill have come from those Arabs living in the Palestinian territories, too. But if for the Palestinians from Gaza and the West Bank it was already clear enough their status of un-welcomed guests in Israel, this segregation bill shocked and confused those of Palestinian heritage holding Israeli IDs even more.

Amer, a Palestinian from Jaffa who did not want to share his full name, explained to i24NEWS that for Israeli-Arabs “it’s a different struggle than our brothers living in the occupied territories because we strive as a minority that tries to integrate here.”

He remembers wondering about the future of Arabic language in Israel well ahead the nation-state bill, while as a youngster he would drive around the country and see road signs as a mere, rough adaptation of Jewish names with Arabic calligraphy, but not using the proper Arabic words for those places, for example, “Yerushalayim” in Arabic transliteration instead of the name commonly used by Arabs to refer to the city: Al-Quds.

“It’s a law tailor-made against us which makes us seriously wonder what the next step will be,” he said.