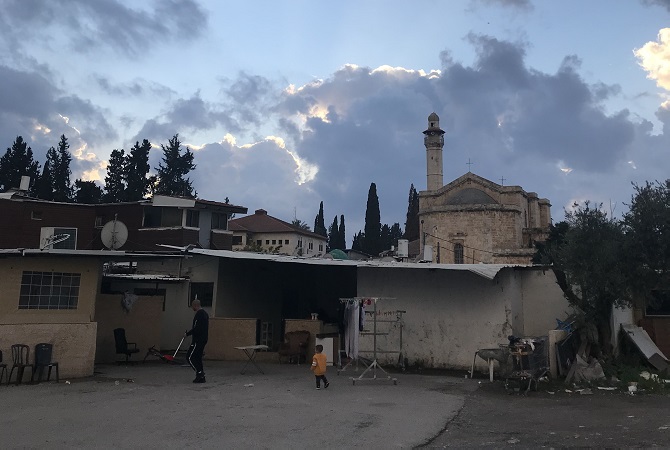 The Abraham Initiatives, which works to promote shared society and equality between Jews and Arabs in Israel, views with deep concern the escalating events in Israel, East Jerusalem, and the region.

At least in part, these events are the result of a deliberate escalation, informed by political motives and aimed at halting the nascent attempts of Jewish-Arab political partnership. The architects of this escalation are aiming to drive a wedge between the “change” political bloc and the Arab parties who had been engaged in advanced coalition talks. Negotiations have now been frozen.

For about a month now, we have witnessed this planned escalation coming to fruition, with deliberately aggressive operations in East Jerusalem, including the evacuation of Palestinian residents from their homes in the Sheikh Jarrah neighborhood, and their replacement by settlers; multiple severe and arbitrary restrictions on the freedom of worship for Muslim citizens of Israel, including restricted access to the Al-Aqsa Mosque; and violent policing methods, including collective punishment, and indiscriminate use of the “skunk” riot weapon.

In addition to Israel’s mixed cities (Tel Aviv-Yafo, Haifa, Acre, Lod, Ramla, Nof-Hagalil and Ma’alot-Tarshiha), there are dozens of locales where Arabs and Jews live together in the same neighborhoods. Across the country, workplaces, shopping centers, universities, entertainment and sports centers are all places where there is a daily meeting between Arabs and Jews, and have the potential to become a hotbed of conflict.

In the mixed cities, there is a heightened potential for conflict. The Jewish enclaves that have been established in recent years by radical settlers, in part with the aim of Judaizing the cities, are fueling the tensions, which can lead to violence and even killing or murder, as we saw last night in Lod. Public leaders in the mixed cities, Jews and Arabs alike, must work together to prevent a deterioration in relations.

The Abraham Initiatives calls on political leaders, mayors and city council members, university heads, principals, and leaders of organizations to do everything in their power to enable and accept protests by members of the minority group, when carried out non-violently, and to hold dialogue that will reduce tensions between populations. We call on the public to refrain from posting incendiary photos and videos, and especially fake news, which has the potential to incite violence.

The Abraham Initiatives demands that the police conduct themselves with restraint, and avoid the disproportionate use of force and collective punishment. The police must allow for legal protests to take place, including large-scale protests, and must refrain from political-ideological considerations.
The Abraham Initiatives appeals to the general public in Israel, Jews and Arabs alike, to reject violence, incitement, intimidation, and hatred.