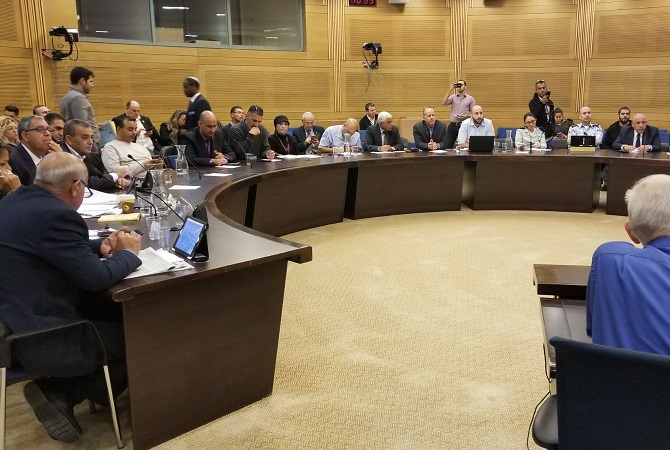 Widespread reform throughout all branches of the government is necessary to combat increasing violence and insecurity in Arab-Israeli communities, according to the Personal Security Index report by the Abraham Initiatives organization.

Violence and personal security remain serious issues in Arab-Israeli society, according to the report, which found that 65% of people killed in Israel in 2019 were Arab citizens.

“Our understanding is that violence and crime is the outcome, the manifestation, of a systematic neglect and discrimination and underdevelopment of the Arab community and Arab citizens in Israel for many decades,” Abraham Initiatives co-CEO Amnon Be’eri-Sulitzeanu told The Jerusalem Post.

The root of the problem can be traced to education, housing, employment and a lack of recreation, sports and cultural facilities, he said. “There is underinvestment in [the] whole age group between 17 and 25,” Be’eri-Sulitzeanu said, adding that many youths are simply “out there on the streets looking for something to do and are being recruited by organized-crime organizations.”

While policing and enforcement are important and also need to be improved, “policing is only the Band-Aid” and only deals with issues after they become issues, he said. “To prevent and to change the root causes, the Israeli government needs to develop and execute a long-term plan that includes almost all of the government ministries and agencies.”

After more than a year of requesting that an interministerial committee be formed to address the violence and crime in Arab-Israeli communities, the findings of the Personal Security Index were presented on Monday for the first time at the Committee Tackling Crime in Arab Society, headed by Joint List MK Mansour Abbas.

Last year, Arab-Israelis conducted a series of protests and strikes against government and police failure to deal with violence in Arab communities.

Abraham Initiatives is very satisfied with the interim outcome of the task force, Be’eri-Sulitzeanu told the Post. The plan it will be submitting to the government includes a number of relevant ministries, not just the Public Security Ministry, he said.

Almost two-thirds (64.5%) of Arab-Israeli respondents who experienced violence or threats of violence said they knew the attacker or person threatening them.

Arab citizens overall were more worried by the threat of crime and violence than of racist legislation, societal inequality and the peace process. Almost three-quarters (73.1%) of Arab citizens were concerned that a family member would be the victim of violent crime, compared with 19.3% of Jewish citizens. There was a similar gap regarding property crimes, the report said.

While Arab citizens reported a rise in concerns about these crimes, the Abraham Initiatives monitored a drop in the number of Jewish citizens worried about the same issues.

Some 70.4% Arab-Israeli women were concerned about violence against women, an issue that has been brought to the spotlight throughout Israeli society as of late by a string of murders that occurred during the coronavirus crisis. Men were less concerned by the issue ( 55.7%).

General domestic violence was less of a concern among Arab-Israelis, with 53.4% of women and 52.5% of men saying they were concerned or very concerned about the issue.

REGARDING TRUST in the police among Arab-Israeli society, 45.2% of those who experienced violence or threats of violence filed complaints with the police, compared with 38.3% in 2018. About half of Arab-Israelis said the police treated them well or very well.

The survey found that Arab-Israelis believe the police handle traffic laws and law enforcement well, but they fail to protect Arab citizens and fight violence, crime and criminal families in Arab society. Overall, Arab-Israelis’ evaluation of police performance fell from 2018 to 2019, with 17.4% expressing trust in the police, compared with 26.1% in 2018.

“The sharp decline in personal security across Arab society impairs the quality of life in Arab communities and requires an urgent, systemic response by the government,” said Be’eri-Sulitzeanu and Abraham Initiatives co-CEO Dr. Thabet Abu Rass.

“The task force’s program must be implemented well, and we will continue to monitor its activities to ensure that the necessary budgets are allocated where needed,” they said in a press release. “Arab society and its leadership also play an important role in curbing violence, especially violence that results from social norms and struggles between groups and processes of change.”

The survey interviewed 718 Arab-Israelis. A separate survey was conducted among 500 Jewish citizens to compare the results.

As of April, the Arab-Israeli population was about 1.9 million people.