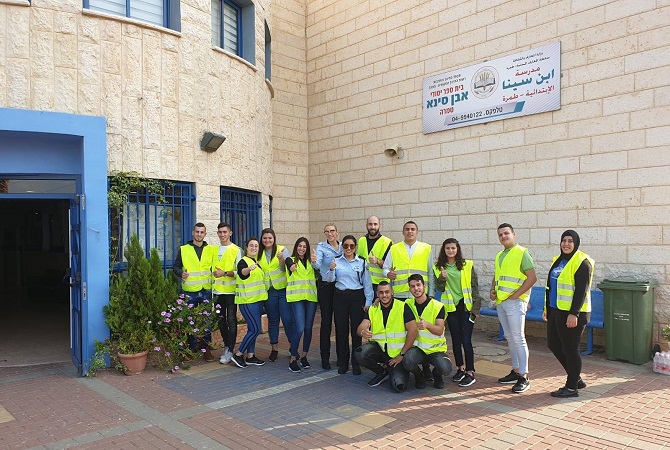 Prime Minister Benjamin Netanyahu attended a special hearing on Monday of the Committee on Eradicating Crime in Arab Society, at which a plan for tackling the challenge was unveiled. However, several Arab MKs said the long-anticipated plan falls short of real change.

The proposed five-year plan, which would run from 2021 to 2025, was presented by Prime Minister’s Office deputy director-general Oren Cohen. It centers on four key elements that are meant to fight serious crime, increase enforcement and improve economic activities in the Arab sector.

“Every child in every Arab, Druze, Christian, Bedouin or Circassian town – all citizens of this country – all deserve the same basic services. This requires closing the gap,” Netanyahu said at the meeting.

The event came after the country saw a deep spike in violent crime in the Arab sector in recent years. The “2018 Personal Security Index: Violence, Crime and Policing in Arab Towns” report by the Abraham Initiatives, the Samuel Neaman Institute for National Policy Research and the Technion-Israel Institute of Technology found that 61% of all murder and manslaughter victims in Israel in 2018 were Arab citizens, despite Arabs constituting only 20% of Israeli citizens.

In November 2019, Netanyahu instructed PMO acting director-general Ronen Peretz to head a team of directors to deal with the effects of crime and violence in Arab society. Peretz brought together the directors-general of several ministries and agencies to tackle the issue.

Ultimately, they presented the prime minister with the plan that was unveiled on Monday, which is meant to both put in place measures to eradicate serious crime but also to address the root causes that feed it, such as gaps in education and employment in the Arab sector.

The Abraham Initiatives NGO was strategically involved in the research and preparation of the plan. After a whole year of waiting for this plan, many more Arab citizens were murdered by acts of violence, Abraham Initiatives co-CEO Amnon Be’eri-Sulitzeanu told The Jerusalem Post. But bringing the plan to the table on Monday was “an important step in the right direction.”

“We will no longer be satisfied with plans and talks,” he said. “The implementation of a plan and the budget for it should have started a long time ago.”

At the beginning of the year, hundreds of thousands of Arab citizens took to the streets in protest against the violence they were experiencing in their cities and towns. That brought the issue to the forefront of public and political discourse. But soon after, the coronavirus pandemic struck Israel and removed it from the forefront of the national agenda.

“Arab society in Israel has never faced a social disaster of this magnitude,” Aman Center chairman Sheikh Kamal Ryan, who lost his son in a violent incident, told the Post in February. “Only widespread mobilization and pressure from all of us on the government will force anyone who takes Arab society seriously to begin to deal with the violence.”

The Abraham Initiatives is a Jewish-Arab NGO that promotes integration and equality between Jewish and Arab citizens of Israel. The Aman Center is an Arab organization that is working on various fronts to combat violence and crime.

On Monday, the Abraham Initiatives called on Netanyahu to bring it to a vote in the government immediately and to budget it properly.

Arab MKs reacted to the plan with a combination of cautious optimism and complaints that it failed to address several of the core issues behind the violence.

“The Arab public is hungry to put an end to the crime epidemic and… Netanyahu’s empty promises,” Joint List chairman Ayman Odeh tweeted. “We will not flatter the prime minister, who incites against us, or the acting commissioner, who claims that our culture is violent.”

Joint List MK Jaber Asaqla said in order for the plan to work, it must address several basic needs in Arab society, including personal security, education, jobs and a vision for a brighter future. The plan falls short, he said.

“The proposed plan does not meet these needs and only offers changes on the surface,” Asaqla said.